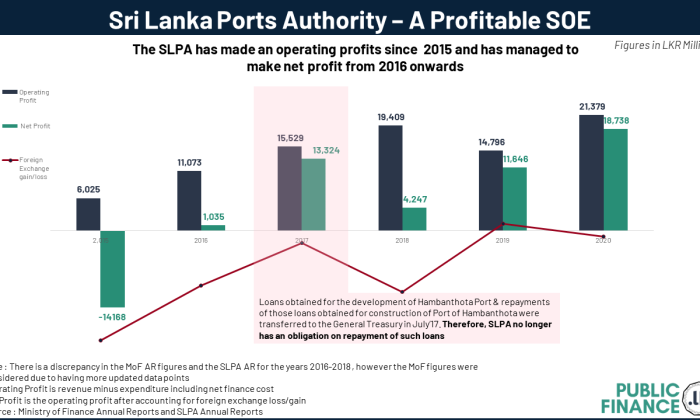 The SLPA has made an operating profit since 2015. The SLPA revenue has consistently witnessed a growth from 2015 to 2019 , with a marginal decline in 2020.From 2016 onwards the  SLPA has managed to make a net profits.

A key point to note is that in 2017 with the signing of the concession agreement with China merchant ports on the Hambanthota port, the loans obtained for the development of the port and repayment of such loans were shifted from the SLPA to the treasury as per the cabinet decision taken on the 25th of July 2017. Therefore, this would have had to have a favorable impact on the SLPA financials as is evident. 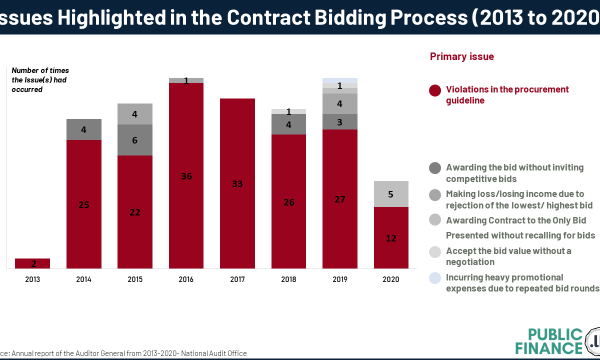 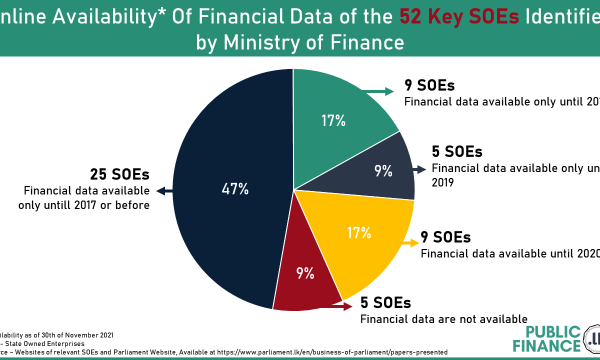 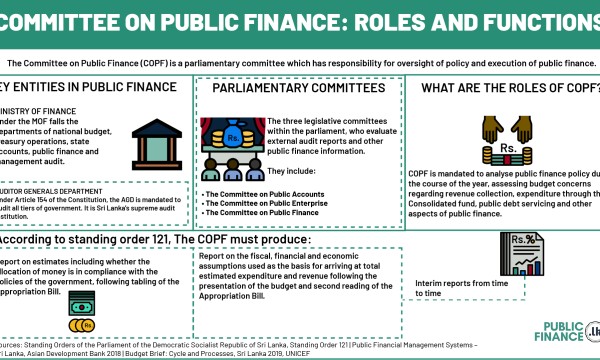